Congratulation to our footballers who earlier today finished runners-up in the Vale Centre Scoocer Blitz.

They negotiated a very tough group including Eglinton, Termoncanice, St Colmcille’s and Drumachose primary schools to reach the semi-final.

There they beat a fancied Drumahoe team by 3-1 to reach the final against a very strong Drumachose team who they’d lost to in the group stage by the odd goal in three.

As expected the final was a very tense affair with both teams coming close but unable to find a breakthrough in the first half. The second half was only a minute old when a swift counter attack led to the opening goal from Drumachose.

Try as they might, they just couldn’t find a way past a determined Drumachose defence, although they came very close when hitting the frame of the goal on two occassions.

A marvellous day’s football for all involved and a very proud performance by our footballers.

A special word of thanks to Mr J. McCloskey who returned to led the team today. 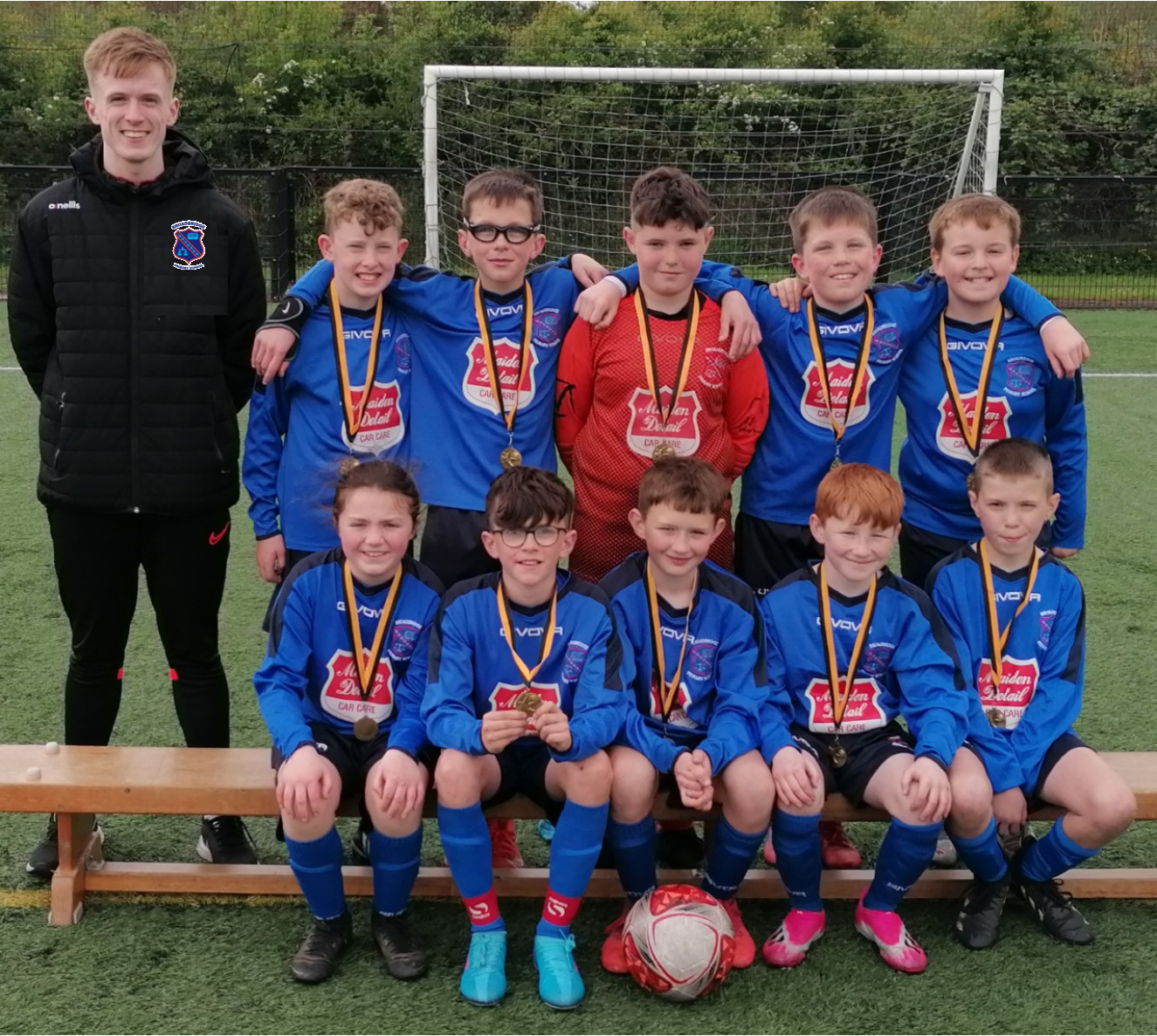